Windows 10 gets its first major update today, with a number of features you’ve asked for—like colored title bars, fixes to the Start menu, and (finally!) a better way to activate your Windows 10 license.

You Can Finally Activate with Your Windows 7 and 8 Keys

Now, when you install Windows 10, you can activate it with your Windows 7, 8, or 8.1 product key. None of this “install Windows 7, then update, then re-install from scratch” business just to do a clean install of Windows 10. Everything should work much more smoothly now, and while this won’t affect your computers that already have Windows 10 on them (since they’ll be activated automatically by the hardware), any computers you haven’t upgraded yet should be much simpler.

The Start Menu Has Some New Improvements

The Start menu, while not going to please any Windows 7 fans, gets a few improvements in this update. You can now stretch columns up to four tiles wide (Settings > Personalization > Start > Show more tiles), and the Start menu as a whole can contain more than 512 tiles—2048, to be exact. The context menus have also gotten a more consistent look (though they still aren’t consistent with the desktop’s just with each other).

The Start menu in Windows 10 has always had “suggested apps” that it recommends you install from time to time. Thankfully, this update brings an easy setting to turn this off: just head to Settings > Personalization > Start and switch “Occasionally show suggestions in Start” to off. 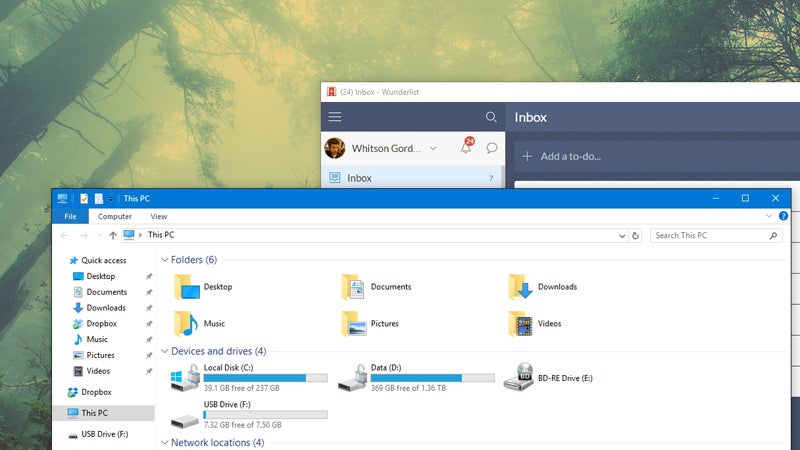 It was a little silly that Windows 10 let you customize the color of the Start menu and taskbar, but not the title bars of your windows—which stayed white no matter what. Now, if you go to Settings > Personalization > Colors and check the “Show color on Start, taskbar, action center, and title bar” option, your color customizations will show up on all your desktop windows, too.

Windows Gets a Built-In “Find My Device”

We’ve always recommended installing an app like Prey to find and track your stolen laptop, and while it’s still a great feature-filled option, you no longer have to! Windows has a new “Find My Device” feature built in, which will track your laptop or tablet if it gets lost or stolen. Just head to Settings > Update & Security > Find My Device and click “Save my device’s location periodically” to enable it. 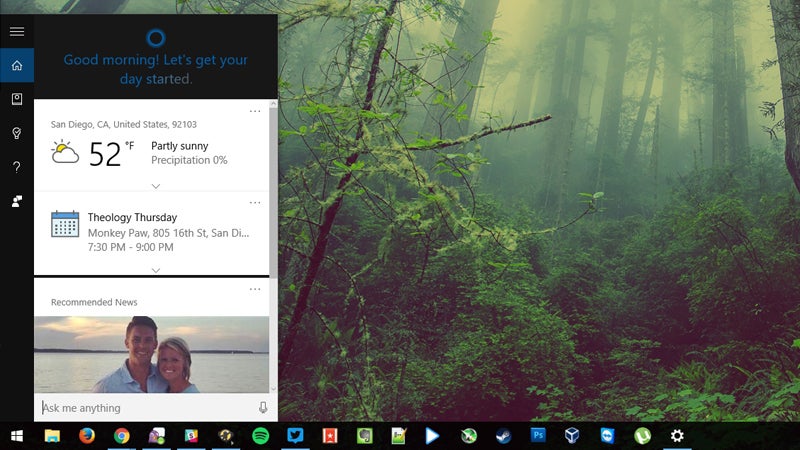 Cortana fans will enjoy this update, since the personal assistant is even better at knowing what you want. Cortana (who is now available in canada, Japan, Australia, and India) can now understand handwritten notes, track movies and other tickets from your email, alert you of coupons for sites you visit in Edge, and sync your messaging and call history with your Windows phone, and notify you of missed calls on your desktop (you’ll find these in Cortana’s settings). Cortana can even put your computer to sleep when it knows you’re out of the office (Settings > System > Power & Sleep).

And, above all else, Cortana finally works with local accounts, so you don’t need a Microsoft account to reap the benefits.

Those are the big changes, but you’ll also find some nice new touches:

There’s a lot of stuff going on with this update, but these are the major and minor changes most people will care about. There are also a lot of under-the-hood performance improvements to boot time and other tasks, so you should notice some increased snappiness.